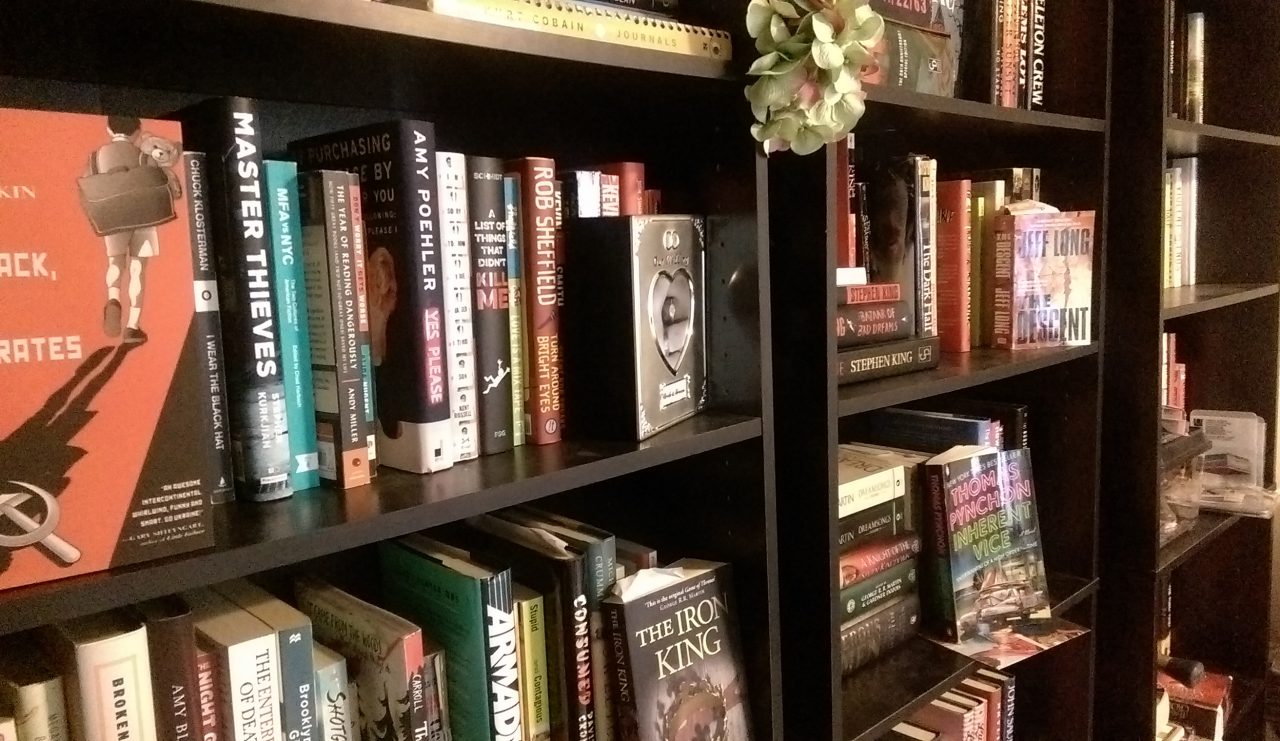 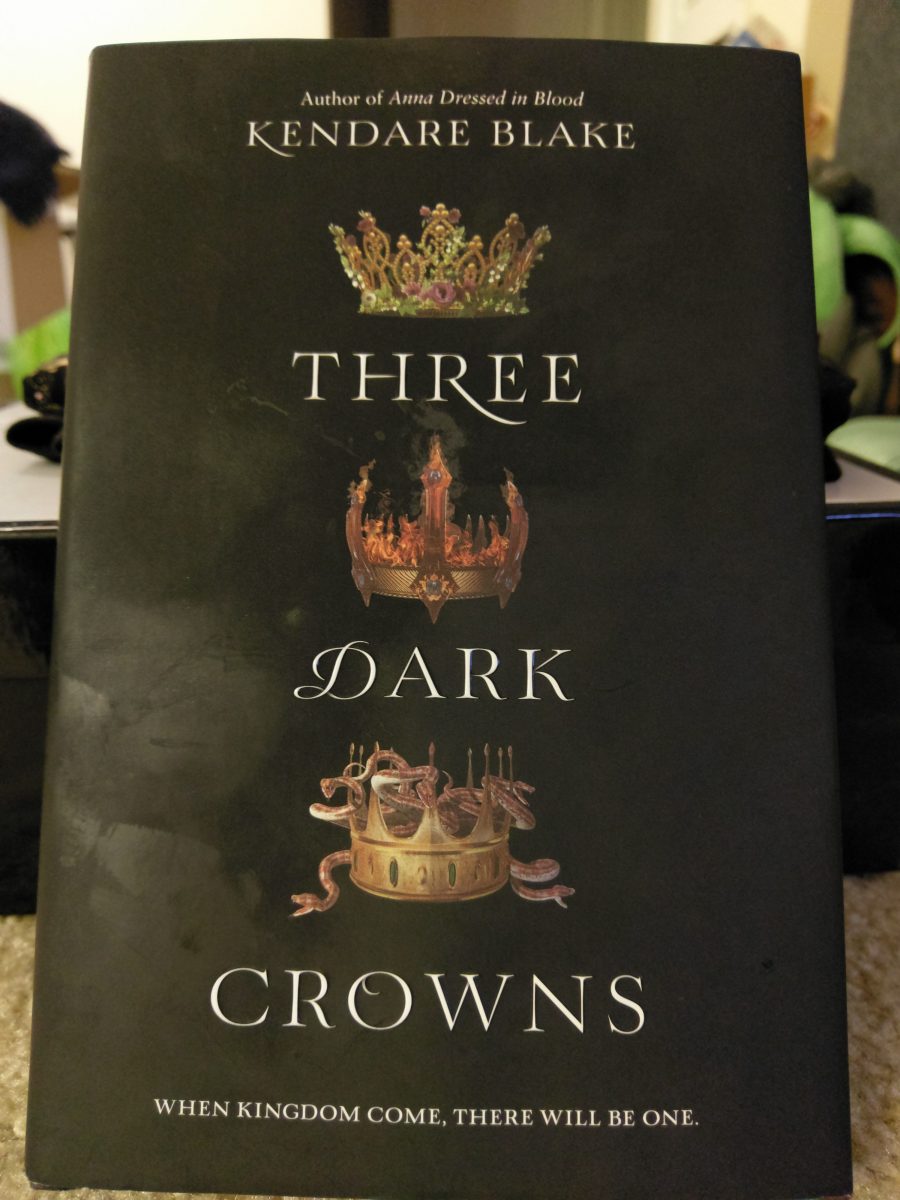 It’s me. Nikkie. Silent but watchful owner (let’s be real; Super Hubs is just along for the ride) of Married with Bookshelves. Emphasis on silent.
I could offer you a bunch of excuses, but you can come up with one on your own. Suffice it to say: We’re all adults here, and sometimes life gets in the way.

The point is that I’m back! Not only am I back, but I’ve brought SH with me! Say hi, Lawrence. Olo ya’ll! On a recent trip to Target—coincidentally, the same trip where SH picked up The Merciless—I acquired Three Dark Crowns, written by Kendare Blake. The name rang a bell for me because she wrote one of the short stories that was in Slasher Girls and Monster Boys, and I felt like I’d seen some good things around the Internet about this book. So I figured, What the hell? Let’s see where this goes. I didn’t have high expectations . . . which meant I was lowkey blown away by how much I liked this book.

But let’s not spoil the meal by skipping to dessert (even though that’s its own kind of fun). Let’s get into it!

END_OF_DOCUMENT_TOKEN_TO_BE_REPLACED

Greetings and salutations all you lovely bookies. By which I mean people who like books, not people who take bets and break kneecaps when someone can’t pay up. Although I suppose if that kind of bookie is here, hello to you too, and also why are you here? Anyway! It’s Nikkie here, typing up a bunch of words about Sara Raasch’s Snow Like Ashes trilogy.

I wish there were a different name with which to refer to the trilogy, by the way; it seems weird to call it by the name of the first book. I suppose it could be called the Primoria trilogy, as that is the name of the world (continent) in (on) which it’s set . . . But since I don’t think that’s the convention, I probably won’t use it so that no one gets confused! (It is now my headcanon though.)

As I’ve recently finished the final book in the series, Frost Like Night, I was planning to blog about it when I realized that I haven’t talked about the first two books (beyond bringing up the series in my review of A Torch Against the Night). I may have mentioned one or the other back when the blog was Lit’s Not Dead, but as that no longer counts, I should probably talk about the series as a whole. As such, there will be spoilers—fairly heavy spoilers for the whole kit and kaboodle. So, as always, if you care about that kind of thing, get the heck on out of here!

The rest of you: follow me! I’m going to start with a synopsis of the three books, and then go into my personal thoughts after that. END_OF_DOCUMENT_TOKEN_TO_BE_REPLACED

Hello, hello, you wonderful wanters of words (too much?). Nikkie here with the After Word, which is the freshly decided name for all book reviewing posts.

I’m sure you’re wondering “But Super Hubs has been calling his posts about the Wheel of Time ‘A Fantasy Scrub vs. the Wheel of Time,’ and THOSE are review-y posts . . .” You’re right about that. And they will continue to be called that because he thought of that first, and it more properly explains the feeling behind those posts (which was that he, as someone who isn’t super familiar with fantasy beyond A Song of Ice and Fire, wanted to get into it, and the Wheel of Time is a landmark/iconic series). But I wanted to officialize any future review posts with a uniform title, so this is what we picked.

Also, as this will be the first time I’m reviewing a book in the traditional sense after the grand re-branding (most of my posts have been talking about Game of Thrones or books I’m already very familiar with), I felt it was time to cement that part of my blog contributions. Thus, I give you the After Word (see what we did there?).