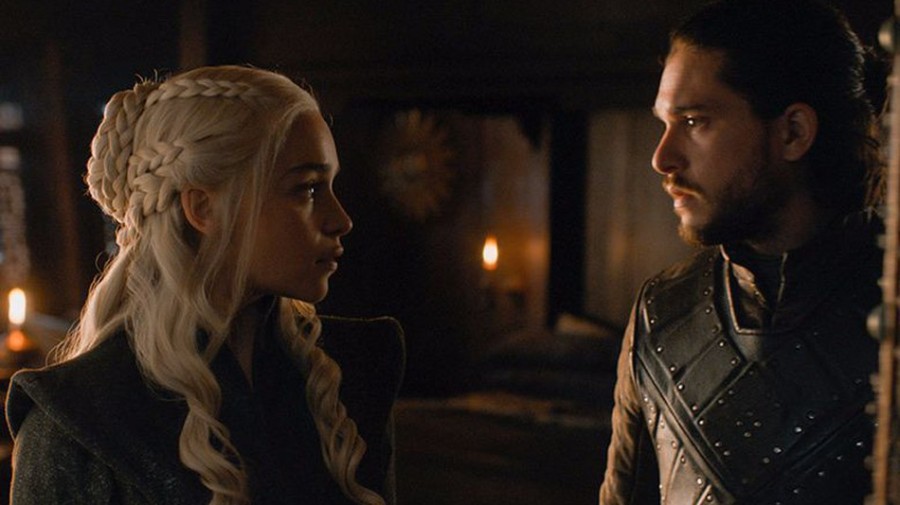 Hello, all you giant monster babies, and welcome to this season’s final installment of Recap the Realm! This was a doozy of an episode and the longest of the show by far, so expect several thousand words. You knew what you were getting in to! So let’s get right to it.

Lord MWB: Season 7 has been a bumpy road. There have been glorious action pieces, baffling character decisions, weird timelines, and a general sense that we’re just really racing to the end as fast as we can. It’s been rough, y’all. But with this last episode, the entire season has mostly been redeemed. Mostly.

The meeting at the Dragonpit was exciting just by sheer volume of characters, we got some fun dialogue from…everyone really, and Bronn and Tyrion finally quipped with each other again, which is honestly half of what I wanted from this season. And Sandor teased us oh so sweetly with the promise of Cleganebowl. I’m honestly not too mad we didn’t get it because the show hasn’t set up the dramatic weight of it the way the books have, but I’m still excited to see it eventually. There’s so much to go over from this scene, I can’t even wrap my head around where to begin. END_OF_DOCUMENT_TOKEN_TO_BE_REPLACED