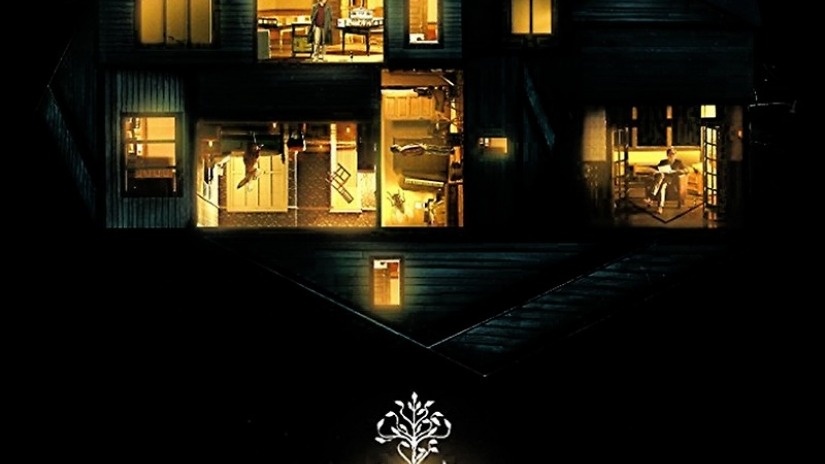 Hello all you miniature dolls playing out a Greek tragedy and welcome to my review of Hereditary! In case you haven’t heard, this movies been causing a lot of buzz among critics and horror aficionados. With reviews saying things such as, “It’s the best horror movie of 2018, and possibly just the best movie in general,” “Hereditary is a horror movie that’s almost too scary,” and “Hereditary is a deeply upsetting film that will linger with you long after the credits roll,” how could I stay away? So put on your diapers, hold your loved ones close, and get ready for what is sure to be a crazy ride! As always, spoilers ahead. And according to 98% of the reviews you need to go into the movie knowing as little of the story as possible. Although I disagree.

So let’s start this review off right. Hereditary is a very good movie and a very good horror movie. It’s incredibly tense, deeply tragic, and at times very upsetting. However if you’re looking to be scared, really scared, the kind of scared that would make someone say the movie will give you nightmares and make you want to run out of the theater screaming, you’ll be disappointed. Hereditary is not that kind of scary. In fact, with the exception of a handful of scenes, I wouldn’t say the movie is scary at all. Upsetting is a good description, I think, but even that I don’t feel captures the way Hereditary makes the viewer feel. Hereditary is tragic; from frame 1 you can’t help but know that there will be no happy ending for the Grahams.

Mother Annie Graham is a miniaturist whose sprawling tableaus depict scenes from her life both mundane and tragic. The first shot of the movie is a long shot of her workshop. The camera pans in to a model of a house getting closer and closer until it slips into a bedroom with a sleeping figure. Then the door opens and the father of the house, Steve, walks in to wake his son Peter up to get ready for a funeral. This tells us immediately that this family is not in control, they are dolls being positioned.

The funeral they’re attending is for Annie’s mother Ellen who we’re told was a secretive woman and we can tell that she and Annie’s relationship was strained. Annie comments at the funeral that there are many strange faces in the crowd. Her daughter Charlie sits among them, drawing in her sketchbook and clucking her tongue. Later we see Charlie looking down at Ellen’s body, looking at a necklace with a strange symbol. We also see this necklace on Annie. If you watch as much horror as I do then the alarm bells probably start ringing for you. This movie’s about hwitches!

Soon after the funeral a tragic accident befalls the family when Charlie is killed in a traffic accident while Peter is driving. Annie meets a woman named Joan at a support group for people who have lost loved ones. After an incredibly tense dinner where Peter and Annie lob accusations about who caused Charlie’s death (it’s a whole thing) Joan convinces Annie to try out a seance. Then, ghosts happen.

Charlie is possibly haunting Peter and possibly vengeful. Annie is losing her grip on her sanity (we’re told that mental health issue run in her family in a scene that, upon retrospect, is actually pretty pointless), and Steve starts spending time away from the house as much as possible. Peter breaks his own nose, Steve dies, and Annie is possessed and starts crawlin’ all over the walls, Dracula style. And then we’re treated to an ending so shockingly stupid that it almost makes me dislike the whole movie.

But let’s talk about what the movie does right first.

The cinematography is phenomenal. The framing of almost every shot evokes such a feeling of dread, and is accompanied by a score so perfectly matched that you can’t help but feel your guts twisting as you wait for whatever horrible thing the movie has in store for you. The acting is across the board amazing. Alex Wolff plays Peter as vulnerable and afraid and tragic whose relationship with his mom uncomfortably parallels Annie’s relationship with her own. He plays Peter wonderfully, with every emotion playing across his face through subtle expression. Alex Wolff is going places.

But Toni Collette steals the show as Annie. The dinner scene I mentioned is easily the most upsetting part and Toni Collette deserves an Oscar nod for that scene alone.

So in terms of acting and direction and cinematography, the movie is amazing. It IS tense and it IS scary and it IS upsetting. But it’s not that scary and that is the fault of the story. The story is kind of…dumb.

I have to admit that part of why I was so disappointed in the story of the movie is that it relies on a trope that I very specifically do not like. It’s all about an evil witch using evil magic to steal someone’s body. I feel like I’ve read/watched/heard that story so many times across so many different mediums that it’s become a joke. It seems to be the only thing that evil witches and wizards want to do. And part of the problem is how exactly the revelation is made.

Late in the movie when Annie finds out that her new friend Joan was actually friends with Ellen, she starts routing through boxes of Ellen’s stuff, boxes that HAVE BEEN IN HER WORKSHOP THE ENTIRE MOVIE and finds a photo album with a bunch of pictures of Joan and her mom doing weirdo witchy stuff. And then she finds a book called “Invocations” with a bunch of paragraphs highlighted and underlined saying “This demon dude is a demon who needs to inhabit a male body and will target the most vulnerable people to take over their bodies.” She might as well have just found a note from Ellen saying “Hey honey, just so you know, I’m gonna try and shove a demon into your son’s body so I can be his bride or some shit, xoxo mom! PS Charlie was supposed to be the one who the demon inhabited but she was born a stupid girl so now I have to put her ghost in Peter’s body mmkay?”

Not to mention that fact that…had Charlie not died, Ellen would have been shit outta luck. I guess Joan was maybe trying to manipulate things and could have killed Charlie later had the accident not happened? Maybe? I dunno, there are a lot of logical leaps to get the movie where it needs to get. I’m also not really sure why Charlie had to be the one that the demon inhabited.

And then the end of the movie is really dumb. Peter, now inhabited by Charlie’s spirit, goes up into a tree house and finds a bunch of witch folk in white robes bowing to a wooden figure with Charlie’s head affixed to it. Then Ellen, off camera, is like “Welcome King Paimon. We got rid of the female body and now give you this healthy male body to inhabit.” I really really hated this ending. A lot. The book Annie found already spelled out what they were trying to do, we didn’t need this to spell it out too.

So, Hereditary is a very interesting movie in that I absolutely loved it despite really disliking the story. I don’t know if I’ve ever experienced that before. The movie is a wonderful, effective, tense horror movie and it is scary. But it’s held back by a derivative and kind of messy story. I’m glad I saw it, I will definitely watch it again, and I 100% recommend any horror fans go see it. Just don’t expect to be as scared by it as the reviews say you will be.

I’m hoping that upon a rewatch and further analysis of the story I’ll actually grow to like it, and if that’s the case I’ll come back and update this review. And most of my criticism is more about the way the movie has been reviewed, rather than the movie itself. This is why I don’t like the hype train.