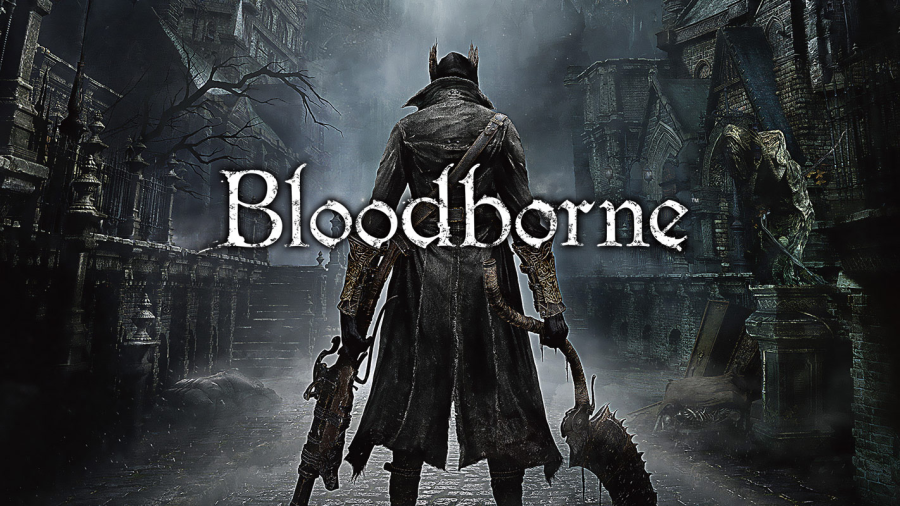 I recently finished Bloodborne – just yesterday actually – because from the beginning I knew I wanted to write about it but I wanted to experience the whole story before writing about it. As is usually the case with these game reviews I’m not going to talk about the actual gameplay much because that’s not what you people are here for. You’re here for stories and story impressions! But for those of you who are so inclined I will say that the gameplay is fantastic. It’s fast and, though difficult, it is built in a way that means you can master it enough to win. Finishing this game made me feel more accomplished than any other game I’ve played and it will legitimately be difficult for me to enjoy other 3rd person action games from here on.

That’s all you get in terms of gameplay though! 10/10 play the damn thing cus it’s fun. The story though, the story is pristine. It’s fairly well known at this point, but just in case any of you who want to play it are still in the dark and don’t want to be spoiled I’m gonna put a big ol’ spoiler warning here. Keep reading after the break if you already know and/or don’t care. So…

Bloodborne is a spiritual successor to the Dark Souls series. And though I’ve never much liked playing those games I have always liked the way in which they present their stories. Most information isn’t outright given to the player but discovered through item descriptions and cryptic dialogue. They task the player with finding out the story for themselves and piecing everything together. With the Dark Souls games this is very much possible. With a little detective work you can find all the necessary clues to learn all there is to know. Bloodborne is a little different. The clues are there, the items have descriptions that hint at the world and its history, and a few characters talk to you in ways that are semi-helpful; piecing it all together however is much different. There’s no smoking gun to tie everything into a neat package and even after finding every possible ending you’ll still be left with many questions. This could ruin a story if handled poorly but in Bloodborne it only adds to the intrigue.

See Bloodborne is a story of cosmic horror; a twisted love child of Bram Stoker and H.P. Lovecraft with a twist of Vogue for good measure, and cosmic horror thrives on the cryptic. Bloodborne may just be the best cosmic horror story I’ve ever experienced. I don’t say that lightly because cosmic horror is my favorite kind of horror and it’s so rarely done well. Not even the Grandmaster Flash of the genre – that unlovable old racist H.P. Lovecraft – had it in him to actually write a good story. He had one or two decent ones but overall the stories were too small for the size of the ideas. And his lackluster prose abilities.

Bloodborne doesn’t have the same literary constraints as a book, and the structure of a game really allows for the level of detail needed to present a compelling cosmic horror story. The story is revealed slowly through a combination of item descriptions and background details. Those weird statues you’ve been seeing since the beginning of the game? Halfway through you’ll get new information that explains what they mean and why they’re so conspicuous around churches. That mysterious doctor who gives you special blood at the beginning of the game; you’ll find one of those blood vials in the last area which completely changes how you see her and interpret her story. The game is littered with small details that can lend new context to the world and the characters and that hint at what is going on and why the world is so corrupted.

The main story is actually pretty simple: you play as a person who’s traveling to the ancient city of Yharnam seeking a cure for an illness that’s never specified. Yharnam is famous for its miraculous blood that can cure any illness. You’ve arrived on the night of the Hunt, however, and the mysterious man who administers your blood treatment has you sign a contract to be a hunter. A monster appears and seems it’s going to attack you but it bursts in to flame and a bunch of little white spirit things start pawing at your face and you black out. You wake up later and the clinic is empty. You find a note telling you to “seek Paleblood to transcend the Hunt,” and you find the monster eating someone (maybe the Blood Minister, maybe not, no one can say for sure) and you immediately die. Instead of dying for good however you wake up in the Hunter’s Dream, your main hub where you can level up and buy stuff and whatnot. Then you return to Yharnam and begin exploring the city proper.

From there it’s a simple progression: you’re told to go the Healing Church to ask about Paleblood, you find a Vicar transforming into a monster; you kill the Vicar and find a password to open the door to a Forbidden Woods; you go through the forest and find all sorts of horrible mutated snakes and weird alien things before eventually opening the entrance to Byrgenwerth college; you explore Byrgenwerth and defeat a moon spider; the Blood Moon rises and the sinister alien presence is revealed; you find your way into a strange nightmare world and defeat an enemy referred to as a “Wet Nurse” while a disembodied baby cry sounds in the air; you return to the Hunter’s Dream and wake up for good as the sun rises over Yharnam. Role credits.

This is the simplest story path you can take, and it alone is pretty cool. The sudden revelation of Lovecraftian machinations is surprising and when the Blood Moon rises and you can see the horrible alien presence that’s been in your midst the whole time it’s legitimately shocking. If this is all you do however, you’d miss a good 70% of the story. Like most From Software games, the majority of the gameplay and story is hidden away in optional areas filled with powerful enemies and seemingly impossible bosses. It’s in these areas that you’ll be given important information that builds the world and fills in historic information. You’ll learn about the Byrgenwerth schism that split the scholars of blood ministration into the opposing factions of the Healing Church and the Scholars. You’ll learn about Choir, which exists to pay tribute to the Old Gods. You’ll find the abandoned Hunter Workshop that is the basis for the Hunter’s Dream and get hints as to its heartbreaking origins, and the madness that inflicts its soul inhabitant and your mentor. You’ll visit a Nightmare World connected to the college where you’ll find the old god Amygdala, or at least an aspect of it. And you’ll find the origin of those strange alien things you find in the Forbidden Woods. From the beginning it’s clear that something is very wrong in Yharnam, but by visiting these optional areas you find out just how deep the corruption goes and just how doomed everyone is. This not only lends further motivation to your actions, but also deepens the mystery of what exactly is going on.

Now I was originally going to go into some of the fan theories and analyses of the story – and I might still do that in the future, talking about the game has made me want to give my own analysis but that wouldn’t take thousands of words. Instead, I think I’ll leave you guys here and encourage you to play the game. It’s touch, real tough, so if you’re not into games that much – I wouldn’t blame you, this is a book blog after all not a gaming blog – then at least find a good playthrough of it on Youtube. There’s a bunch of em!

I have to stress again just how good this story is. It’s a perfect example of cosmic horror, it’s world is interesting and well developed, and as a game it is positively gorgeous in such a disgusting way. There are three endings and though all are good, the true ending is horrifying, satisfying, and devastating. If you play literally one video game in your entire life, you could do a lot worse than this one.

See you all soon. Fear the Old Blood.